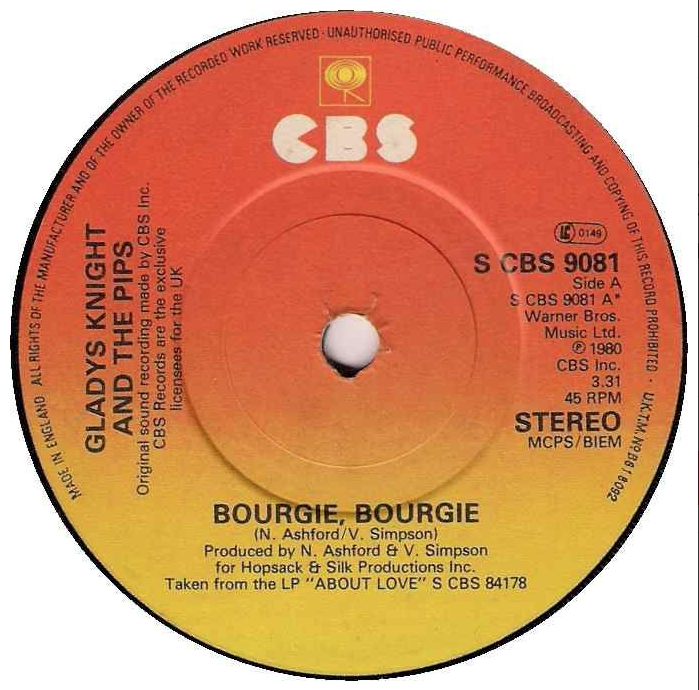 As I head towards the end of my fiftieth year it’s time to dig deep into my divine disco addiction and declare my love for Gladys. Gladys and her Pips, Gladys and her Bourgie (Bourgie). A tune that will always reach out and raise me up from the darkest of depths or the toughest of meltdowns, Bourgie’ Bourgie’ helps me live the life.
And it’s a tune that gets to the heart of my queer roots. Disco. The place where everybody can be who they want to be, regardless of gender, race or sexuality. In a world that seems too keen on drawing borders and lines, of declaring difference and disdain, I thank disco I had this most glorious of genres as my soundtrack for fifty years. Disco, the house it gave birth to and the nightclubs that played it allowed me to be the person I needed to be, with people who got me, regardless of whether they looked or lived like me. Disco was my cowbell infused saviour. I may have spent way too many years outnumbered as I first ventured into the gay disco and house scene of the 1990s but I will always cherish the visibility it gave me, a baby dyke from Essex, and the friendship and the community I found there. (And those cute lesbians in the corner who, like me, gave their hearts to disco and house music). Perhaps that’s why as the world around me debates the place of others I feel so aligned with those very others they question and shame.
Disco, adopted and made what it is today by a loyal underground crowd of queer, trans, black and Hispanic clubbers, gave me a home when I needed one and it has forever kept me sound ever since. Sound in the knowledge my disco family will never judge me because of who I sleep with or identify as. Sound in the knowledge it will always provide the most glorious of soundtracks to whatever adventure I get up to next. And when that disco soundtrack is as stunning as the strings of this slice of 1989 Ashford & Simpson penned perfection I know I will forever be sweet
strutting through life to Gladys, her Pips and their beautiful Bourgie’, Bourgie’.